Celebrating 125 years: A brief history of Huntsville Hospital (Chapter One)

Since opening our doors in 1895, Huntsville Hospital has stood strong through global pandemics, economic collapses, two World Wars and a whole lot more. We’re excited to highlight some of the fascinating history that has helped make us a trusted community institution for 125 years – and counting.

You’ve probably heard that Huntsville Hospital started out in a former brothel run by Madam Mollie Teal, but that was actually the third location. 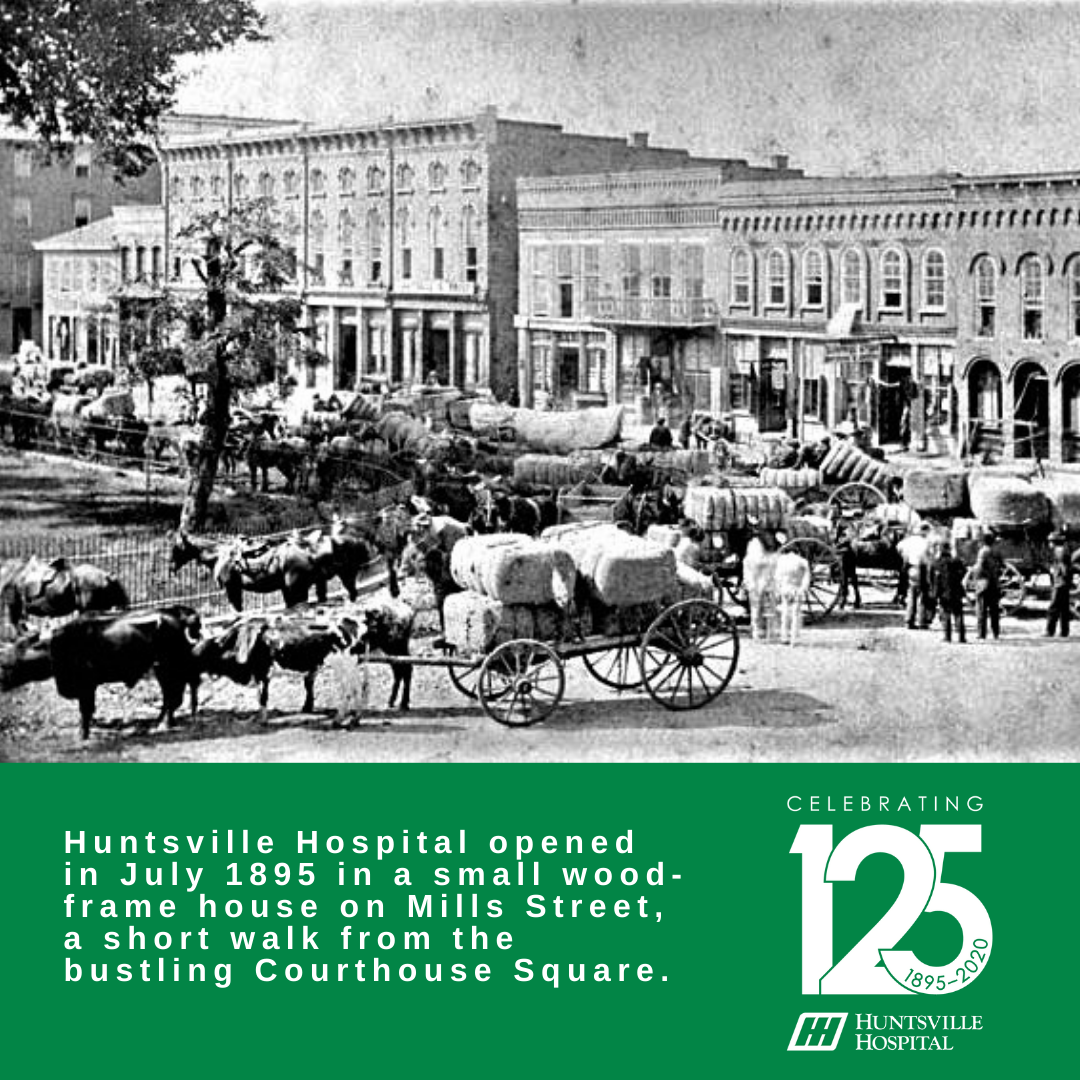 In the summer of 1895, a group of prominent, civic-minded women banded together to lobby for an infirmary to care for the city’s growing population of about 8,000. There were few large buildings to choose from in those days, so the infirmary was earmarked for the Sullivan House – a modest wood-frame home on the edge of town.

City fathers agreed to split the $12.50 monthly rent with United Charities, a well-known civic organization of that era. United Charities members were responsible for providing the furnishings.

“The kind ladies of Huntsville will carry bedding and such other household necessities as are required, together with such odd articles of furniture as are around every home and of no value,” The Huntsville Weekly Mercury newspaper reported on June 12, 1895. “The ladies will not put anything in the building that cannot be washed.”

The exact date is lost to history, but the infirmary opened in July 1895 with seven patient beds, two nurses named Rosa Tweed and Mary Jorday, and a housekeeper.

Caught up in the excitement, Huntsville citizens donated food for patients as well as bed sheets, night gowns, pillowcases and bandages.

Seventeen patients were admitted that first year; the infirmary made a grand total of $35.

It was a humble start, to be sure, but a start nonetheless.

When you subscribe to the blog, we will send you an e-mail when there are new updates on the site so you wouldn't miss them.

Eat a plant-based diet to lower your colon cancer ...
Torticollis: What a parent needs to know

More posts from author
Thursday, 10 November 2022 Keep the weight down over the holidays
Thursday, 03 November 2022 All in the family
Wednesday, 24 March 2021 Eat a plant-based diet to lower your colon cancer risk
Comment for this post has been locked by admin.