Throughout the year I have the opportunity to speak to many community and professional groups on the subject of Huntsville Hospital Health System, as well as on health care in general. In discussing the complexities and challenges of our nation’s health care system, most people agree that achieving a lasting political solution is just about impossible. Whether you are Republican or Democrat, our representatives are influenced by politics and the constant pressure of re-election. Such an environment makes it so difficult to come up with a workable and reasonable answer.

So what are we to do? I’ve shared an idea that I believe worked very well for our nation when we were evaluating which military bases needed to be downsized or closed. You remember the Base Realignment And Closure (BRAC) process. As much as was possible, BRAC took a lot of the politics out of the equation. Congress had only one responsibility — approve or disapprove the recommendations from the BRAC commission.

What if that same approach were used to revamp our health care system? Consider if we created an eleven person Health Care Commission:

The Commission would have one year to develop a plan and would be granted full authority to engage anyone or use any resource needed to develop a comprehensive health care reform plan for Medicare, Medicaid, commercial and VA health care. The final plan developed by the Commission would have to be approved by all eleven members and then submitted to Congress, which would have to vote on the plan within 60 days without any changes. If Congress fails to act within 60 days, then the plan would become law.

In my opinion, an approach such as this could get our nation on a path to an acceptable solution for what is clearly a crisis for millions of Americans. I realize that this isn’t a perfect idea, but it’s a start. What do you think? 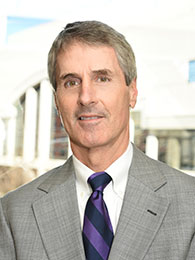 David Spillers has not set their biography yet