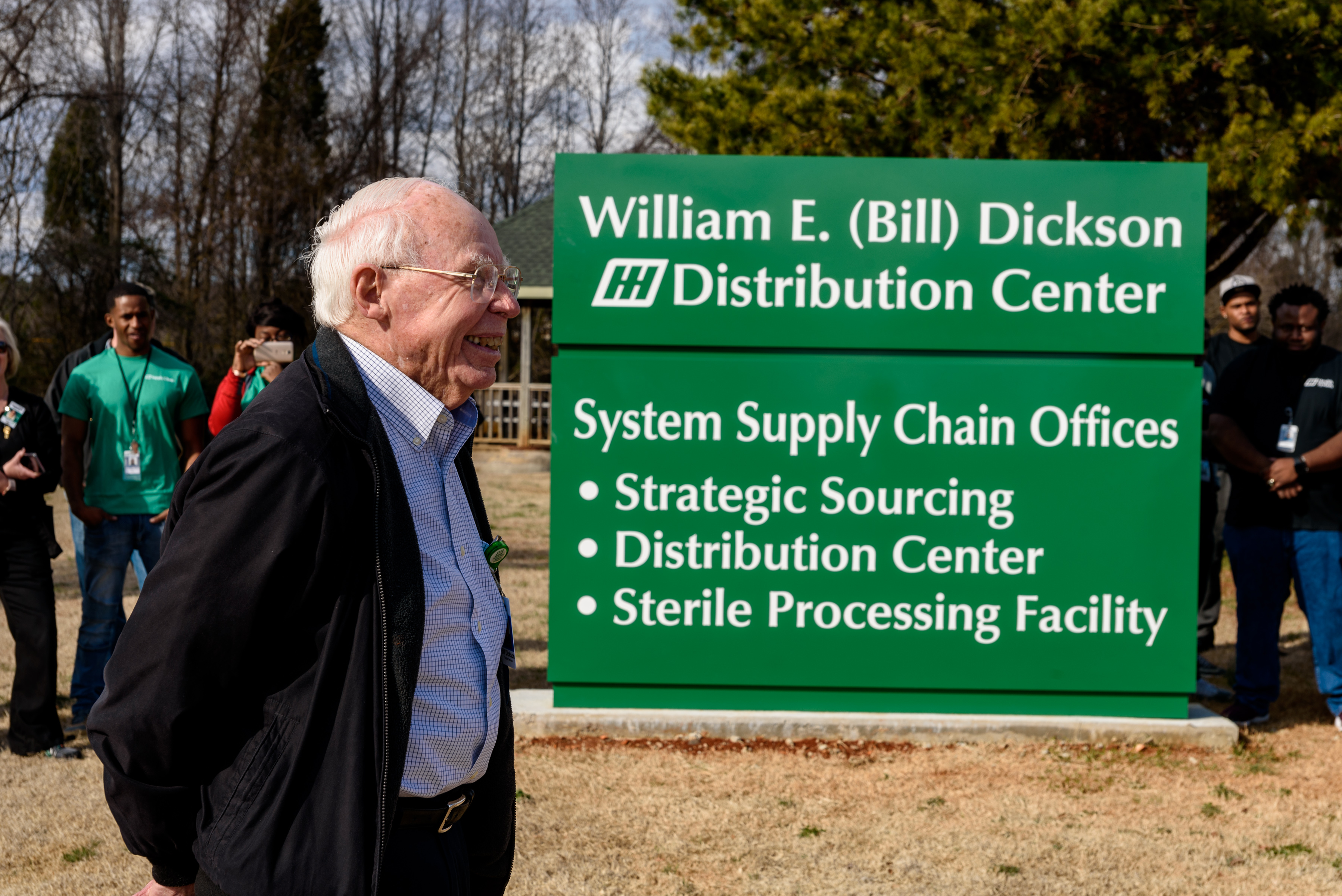 Bill Dickson didn’t get the memo about slowing down in retirement.

Following a distinguished career as an aerospace and mechanical engineer at NASA’s Marshall Space Flight Center, Mr. Dickson signed on as a Huntsville Hospital volunteer. He figured hospital leaders might have a need for his talents.

Mr. Dickson’s sound engineering advice has been crucial to some of the hospital’s most important projects of the past 20 years.

But Mr. Dickson also played a key role in the development of the hospital's joint laundry and sterile processing facilities; the Distribution Center in Cummings Research Park; the Huntsville Hospital Health System fleet department; the Mobile Medical Unit; and much more.

As a small token of appreciation, the Health Care Authority Board voted earlier this year to rename the Distribution Center for Mr. Dickson. The sprawling building on Quality Circle is now known as the William E. “Bill” Dickson Distribution Center.

With his 90th birthday approaching, Mr. Dickson says he's winding down his volunteer role and is finally ready to take it easy.