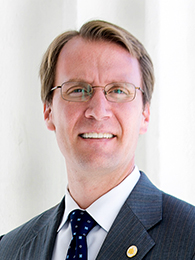 Carter’s career has been highlighted by financial leadership roles in education, state government, and private industry.  Prior to joining the UNC System, he served the State of Alabama as the State Finance Director and as a cabinet member for Governor Kay Ivey and for Governor Robert Bentley. Previously, he served as CFO of the University of North Alabama in Florence. His experience in private industry also includes key roles in investment banking and with Intergraph Corporation of Huntsville.

Carter succeeds Kelli Powers as CFO of Huntsville Hospital Health System. Powers was named President of Decatur Morgan Hospital earlier this summer. The Decatur facility is an affiliate of the Huntsville system.