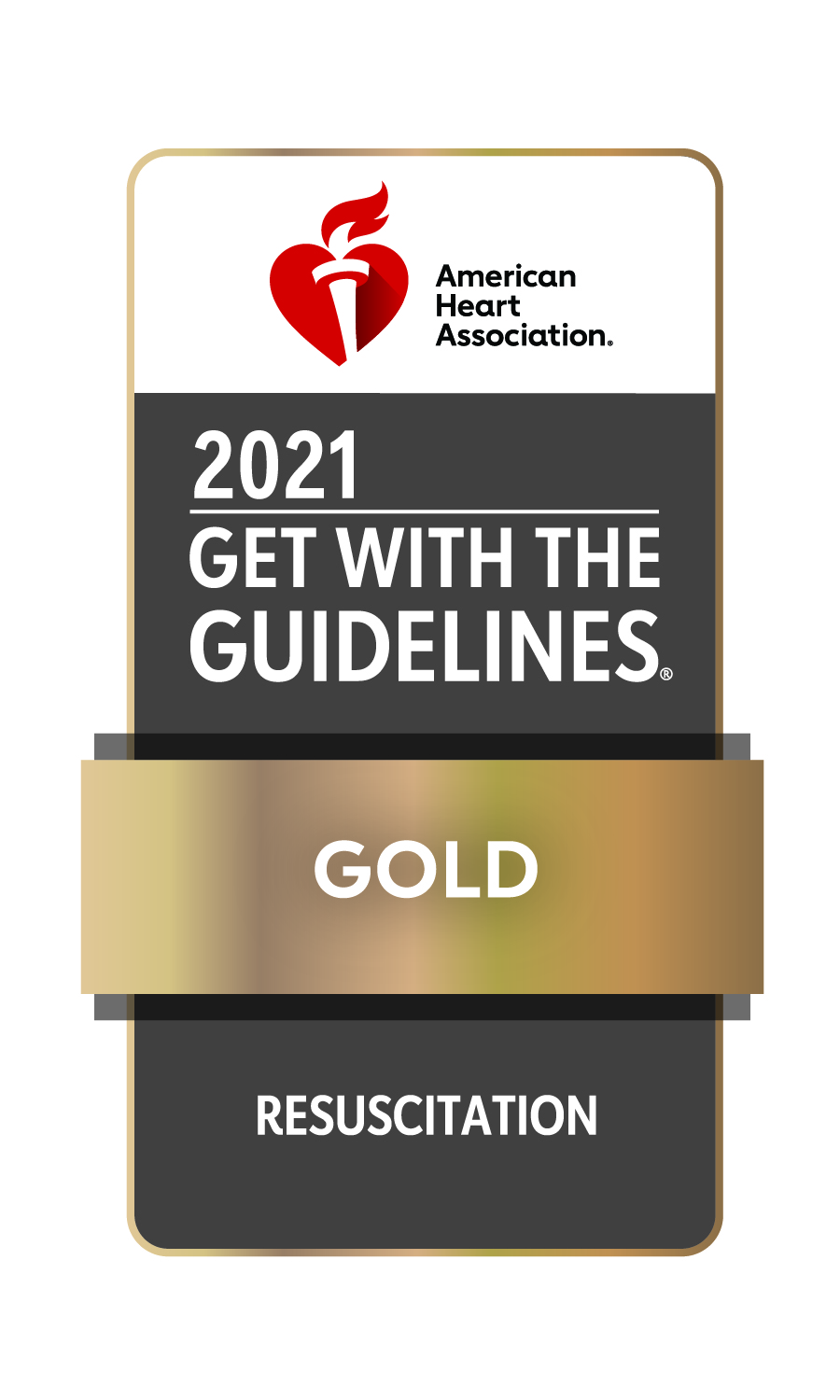 The hospital earned AHA’s 2021 “Get With The Guidelines” Gold Achievement Award for consistently following evidence-based best practices when performing CPR on adult inpatients.

Ron Stansell, Huntsville Hospital’s Director of Respiratory Therapy, said consistently following best practices during a life-or-death situation starts with good teaching. The hospital’s Corporate University, clinical nurse educators, respiratory educators and pharmacy educators make sure the clinical staff knows exactly what to do when a patient has a cardiac event, he said.

“The Get With The Guidelines Gold Achievement Award shows that we are meeting the best practice guidelines for cardiopulmonary resuscitation as identified by the American Heart Association,” Stansell said. “For patients, this results in increased survivability of cardiopulmonary events that happen at the hospital.”

Nationwide, more than 200,000 adults and children have an in-hospital cardiac arrest each year, according to the American Heart Association. Survival from cardiac arrest is largely dependent on timely medical emergency team response and effective CPR.