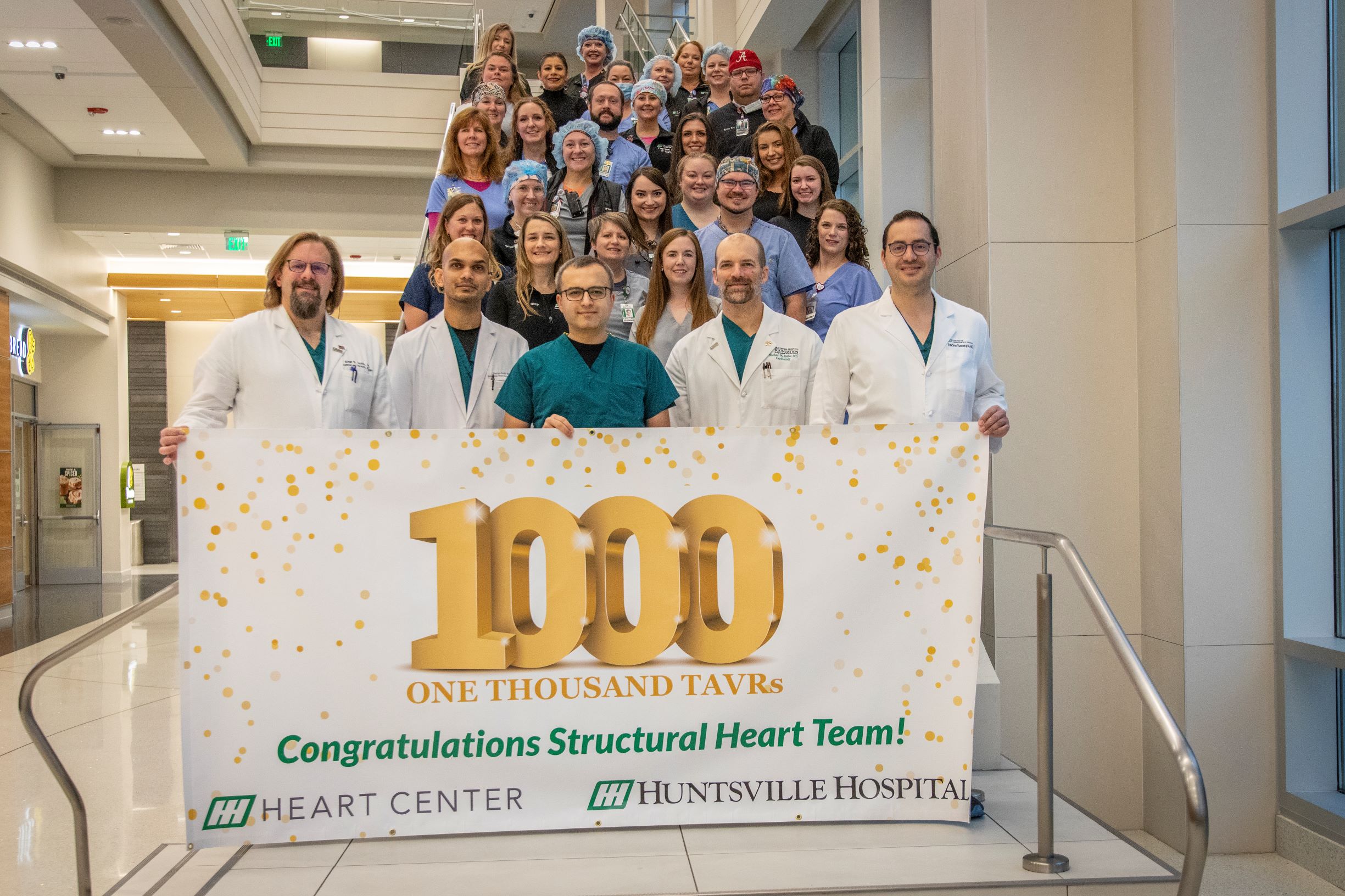 Only a handful of TAVR programs in Alabama and surrounding states have reached the millennial mark.

The first TAVR at Huntsville Hospital was completed on Aug. 12, 2014. Since then, the program has evolved into a multi-disciplinary Structural Heart Team comprised of staff from the Cardiac Cath Lab, Cardiovascular OR, Cardiac Short Stay and HH Heart Center, as well as cardiologists, cardiac surgeons, valve program coordinators, advanced practice providers, anesthesiologists and echocardiography technologists.

TAVR is considered a minimally-invasive procedure because a new heart valve can be inserted via catheter without removing the old, diseased valve or opening the patient’s chest.

TAVR No. 1,000 was performed on an 89-year-old man from Owens Cross Roads with severe aortic stenosis (narrowing of the aortic valve opening). He is doing well and expected to resume an active life with his new heart valve.